We are not yet into summer; in fact, we have really just begun to acclimate to Spring weather! The snow lingers on the mountaintops, but our snowshoeing season has ended…late in April, when for the 107th day this season, the Tubbs were strapped on, and the dogs and we went plodding through the snow. It was a tremendous season, and except for a brief period in the end of January, we had pretty fine conditions all winter. 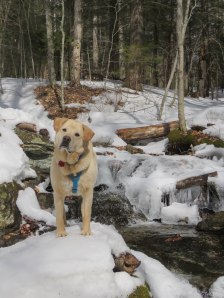 As much as we enjoyed our late season snowshoeing outings, we anxiously were awaiting the return of paddle season. It was obviously from our April treks that the lakes had a thick coating of ice, and some warming temperatures would be necessary if we were to paddle before June!

We dealt with the frustration of waiting for ice-out and warm weather by traveling to Maine, where we once again presented at the New England PaddleSports Show.  This year we had great weather and fine turn-out.  We had a chance to socialize and exchange ideas with some Coats Guard Auxilliary officers, and met up with nice folks from other paddle clubs and the Wenonah Canoe company. The dogs loved their beach visits, and the birding was very satisfying. 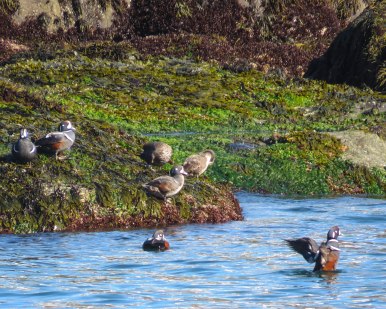 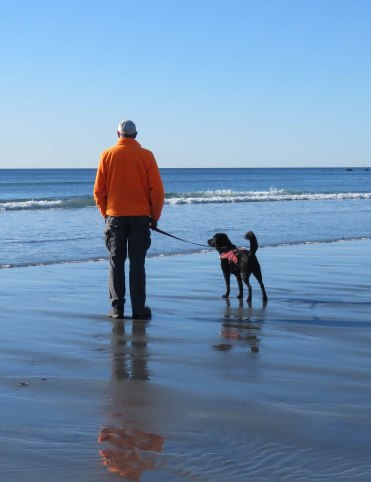 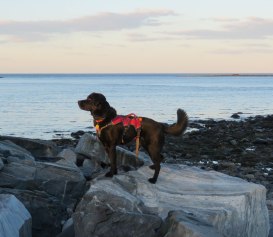 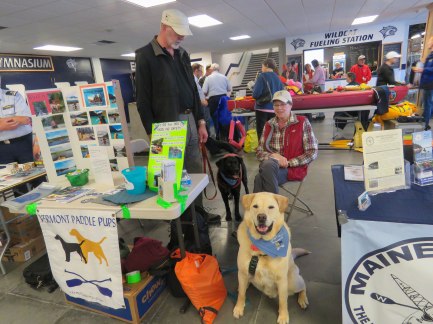 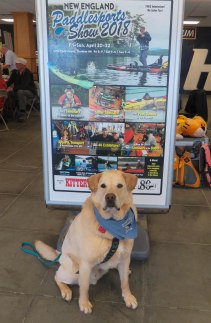 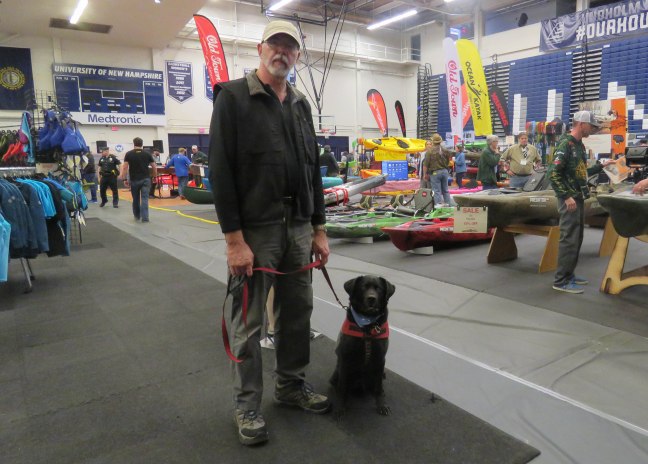 The paddle show got the juices flowing…we were all getting antsy, and wanting to get out and paddle. But late season snowstorms, cold temperatures, and overcast days were working against us.  We do get the dogs out for hikes nearly every day, so at least we all kept active…. 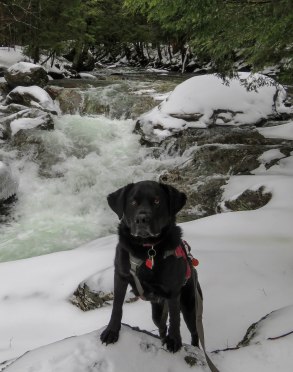 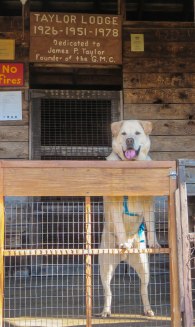 By May 10, we finally could dispense with our microspikes on hikes…mud season means hiking lower elevation trails, where the ice and snow have finally left us.

April 27th, with a one day overlap with the end of snowshoeing season, the solo boat went into the water! There was still some ice remaining, but enough open water was present to make the paddle worthwhile. The water was cold ( 40f), but with my drysuit I felt safe and secure.

The next weekend, we spent an afternoon at the Saratoga (NY) paddle Fest, meeting with folks at the GO trailer exhibit. We had lots of interaction with folks, and also had a chance to paddle in the Fish Creek. The water was cold, but Edgar had the opportunity to try out the solo canoe, staying close to shore, “just in case”. He really appeared to enjoy it ( though I think he prefers his familiar kayak). 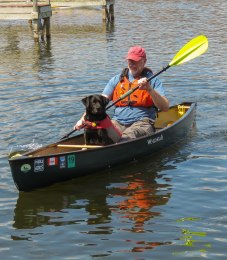 Since ice-out has been at least a week later than average, and he water remains cold in most lakes, Edgar has not had much chance to get out…but that should change this week. If his dad had a dry suit, they could join Gryphon and me, but until they, they remain safely on shore. Gryphon and I have had a great time, especially with our early birding success! 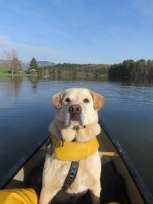 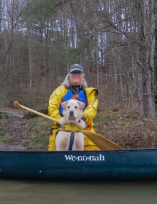 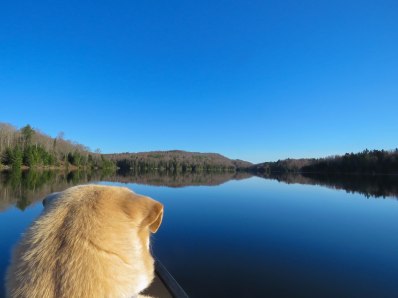 So now we are in full summer mode…paddling, pedaling mountain and road bikes, and perambulating on our trails and mountains. Camping begins next week! We will be camping, both GO camping and canoe camping, a few times each month, as we look forward to our September trip to Nova Scotia. Day paddling will continue 4-5 days a week, depending upon weather. Hiking will happen nearly daily, sometimes for short hikes, and sometimes for longer outings. We will certainly be busy!

So, we are now taking a summer break from blogging…a hiatus, if you will, just as popular TV shows used to do, so they could return refreshed and invigorated for a new season each fall. We will continue to be active on social media, but primarily with photo reports of our trips. Instagram ( @vermontpaddlepups) and facebook ( Vermont Paddle Pups) will be utilized, and we will also be writing more reviews for http://www.trailspace.com.

Otherwise, we anticipate resuming narrative blogging in conjunction with our 2018 Canada trip to Kejimkujik National Park this fall. Enjoy your summer, keep safe, and check us out on social media.

One thought on ““Summer’s lease hath all too short a date.” ― William Shakespeare”